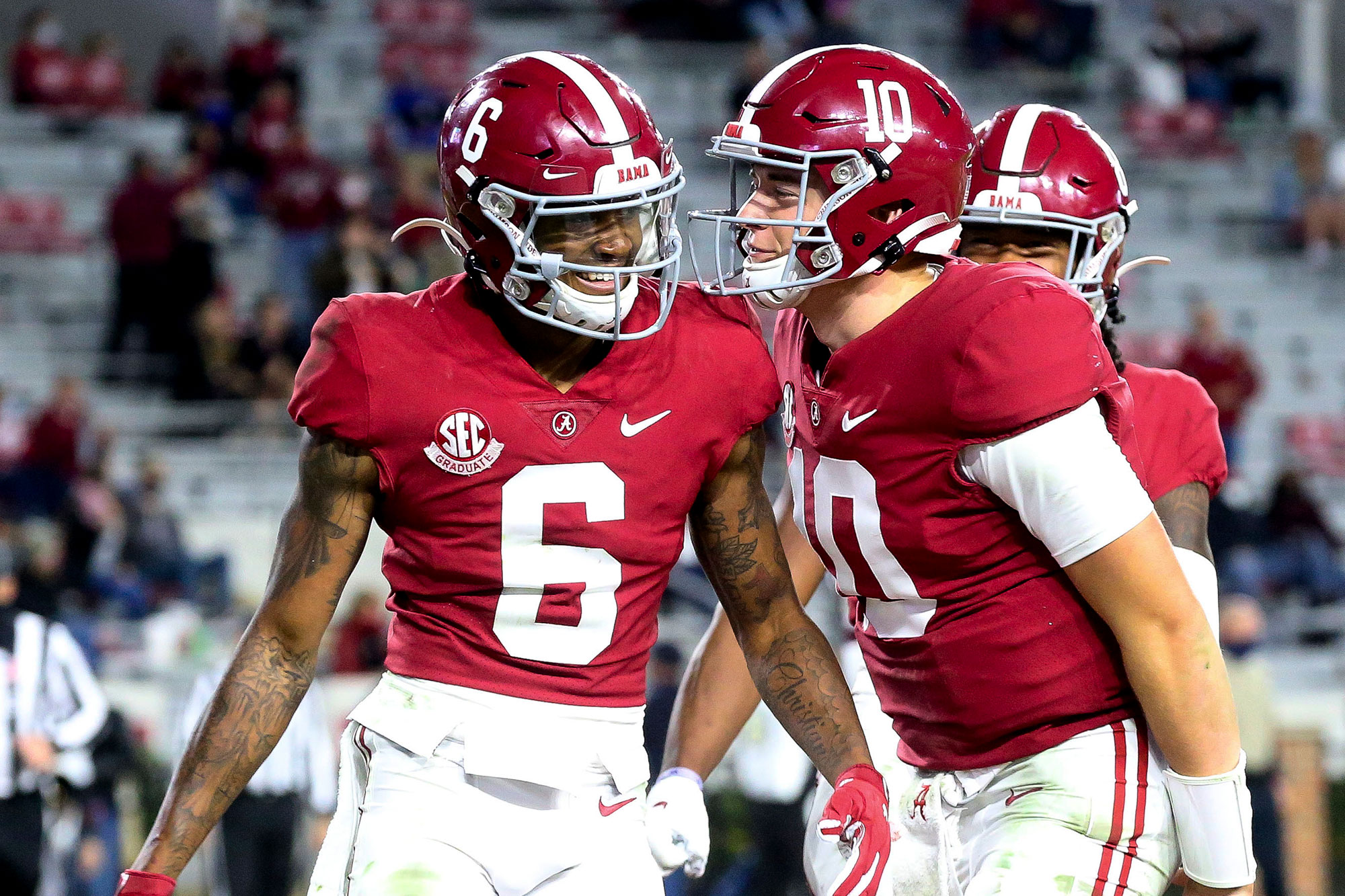 Alabama was No. 1 in the first College Football Playoff rankings of the season Tuesday night, followed by Notre Dame, Clemson and Ohio State.

Texas A&M was fifth and Florida was sixth, giving the Southeastern Conference three of the top six teams along with Alabama., which is No. 1 in the CFP rankings for a record 19th time.

Unbeaten Cincinnati from the American Athletic Conference at seventh has the best ranking for a non-Power Five team in the seven-year history of the selection committee’s top 25.

No. 8 Northwestern, Georgia and Miami round out the top-10.

Another unbeaten team from outside the Power Five was not so highly regarded by the committee. BYU was slotted 14th, behind No. 11 Oklahoma (6-2) and No. 13 Iowa State (6-2) among others. The Cougars were No. 8 in the latest AP Top 25.

The highest ranked Pac-12 team was Oregon at 15th and Southern California was 18th.

Much the like this college football season in a pandemic, the rankings schedule has been delayed and truncated this year.

The 13-person selection committee usually starts rankings teams around Halloween and produces six rankings before the final ones that determine which 12 teams will play in the semifinals and major bowl games.

This is the first of four rankings leading up to the only ones that really count, scheduled to be released on Dec. 20.

The pandemic didn’t stop the selection committee from meeting in person as usual at the Gaylord Hotel in Grapevine Texas, just outside of Dallas. And the playoff itself is scheduled to go off as scheduled with the semifinals on Jan. 1 in the Rose Bowl and Sugar Bowl and the championship game Jan. 11 at Hard Rock Stadium in Miami Gardens, Florida.

Hawks’ free agent swoop of Bogdan Bogdanovic is a big deal, but team still has work to do