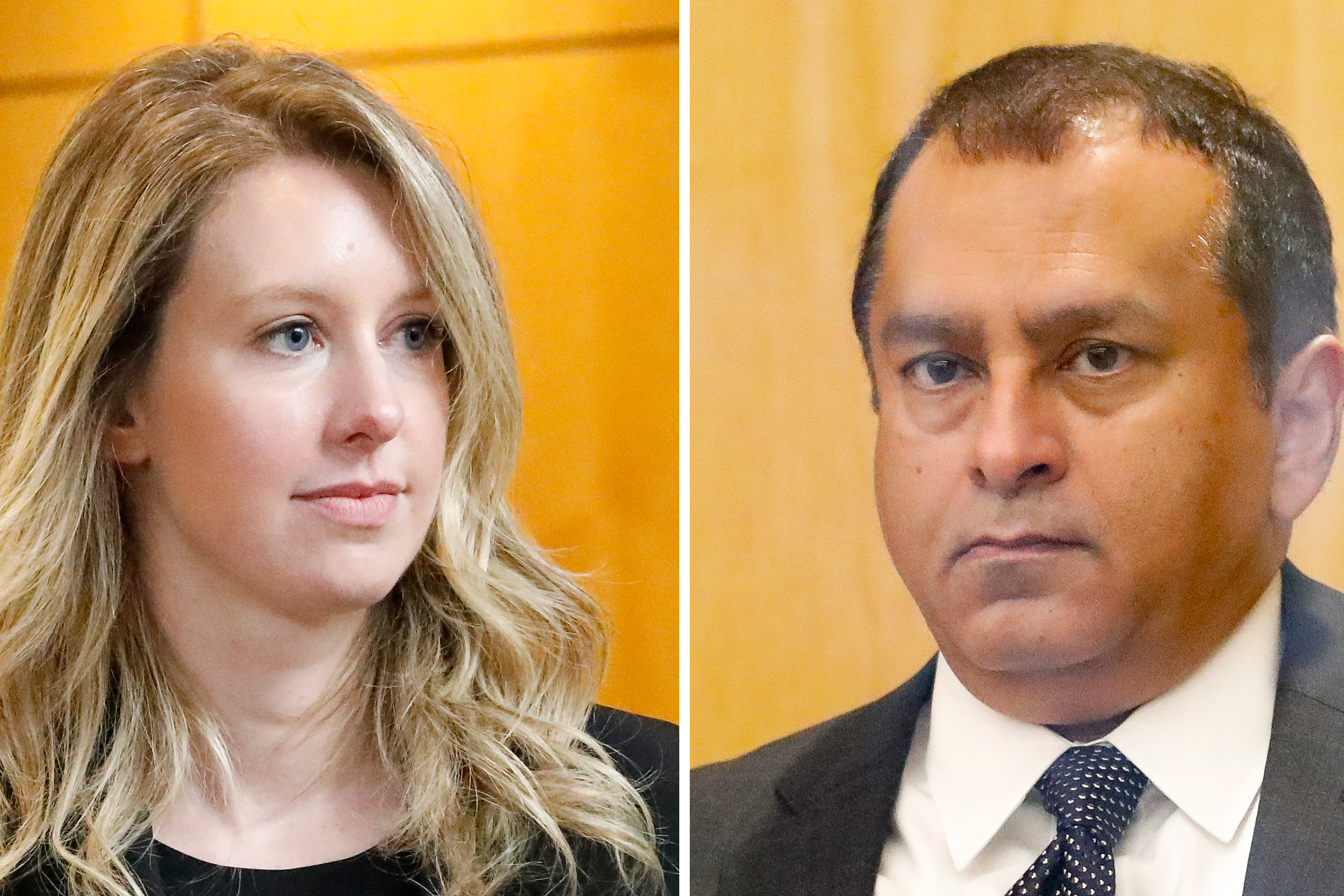 Panicked text messages between the two top executives at Theranos showed they knew how much trouble the blood-testing startup was in before it collapsed, prosecutors say.

In a trove of texts, iMessages and Skype chats, Theranos founder Elizabeth Holmes and Ramesh “Sunny” Balwani, her top lieutenant and former lover, expressed anxiety about the company’s struggling blood test technology, chaos inside one of its labs and desperate efforts to professionalize its operations.

One exchange revealed in a federal court filing showed the pair hoping for divine intervention as the Centers for Medicare and Medicaid Services conducted a 2015 survey of Theranos’ California lab that led officials to conclude it posed “immediate jeopardy to health and safety.”

“Our validation reports are terrible. Really painful going thru this process,” wrote Balwani, who was Theranos’ president, according to the Friday court filing. “… Going bad so far. Pray.”

In a late-night November 2014 exchange, Balwani allegedly described one section of the Silicon Valley lab as a “f—ing disaster zone” and said he would “work on fixing this.” The messages in the court filing didn’t give specifics about the problems.

Earlier that month, the pair discussed the need to fix Theranos’ troubled operations, particularly its customer service department, which was generating significant complaints, the filing shows.

“Fundamentally we need to stop fighting fires by not creating them,” Balwani allegedly wrote. Holmes agreed with his sentiment and wrote back, “Need to fix the root cause here,” according to the filing.

Prosecutors included the messages in a motion arguing that they should be introduced as evidence in Holmes’ upcoming fraud trial, which is slated to start in March. She and Balwani have both pleaded not guilty to charges that they peddled bogus blood tests with devices that they promoted as revolutionary but knew were unreliable and inaccurate.

The messages “are replete with admissions by [Holmes] and Balwani that demonstrate their knowledge that their statements to investors were false and misleading and that Theranos’s testing was beset with problems,” prosecutors said in the filing.

A lawyer for Holmes did not immediately respond to a request for comment Monday. But her legal team filed more than a dozen motions of its own on Friday aimed at blocking several pieces of evidence from the trial, including evidence of the “luxurious lifestyle” she led as Theranos’ CEO.

Another motion argues that Holmes shouldn’t be held liable for false statements and other “bad acts” by Theranos employees whom she did not directly oversee. But prosecutors pointed out that Holmes publicly owned the company’s failings as chief executive in 2016, saying, “Anything that happens in this company is my responsibility, at the end of the day.”