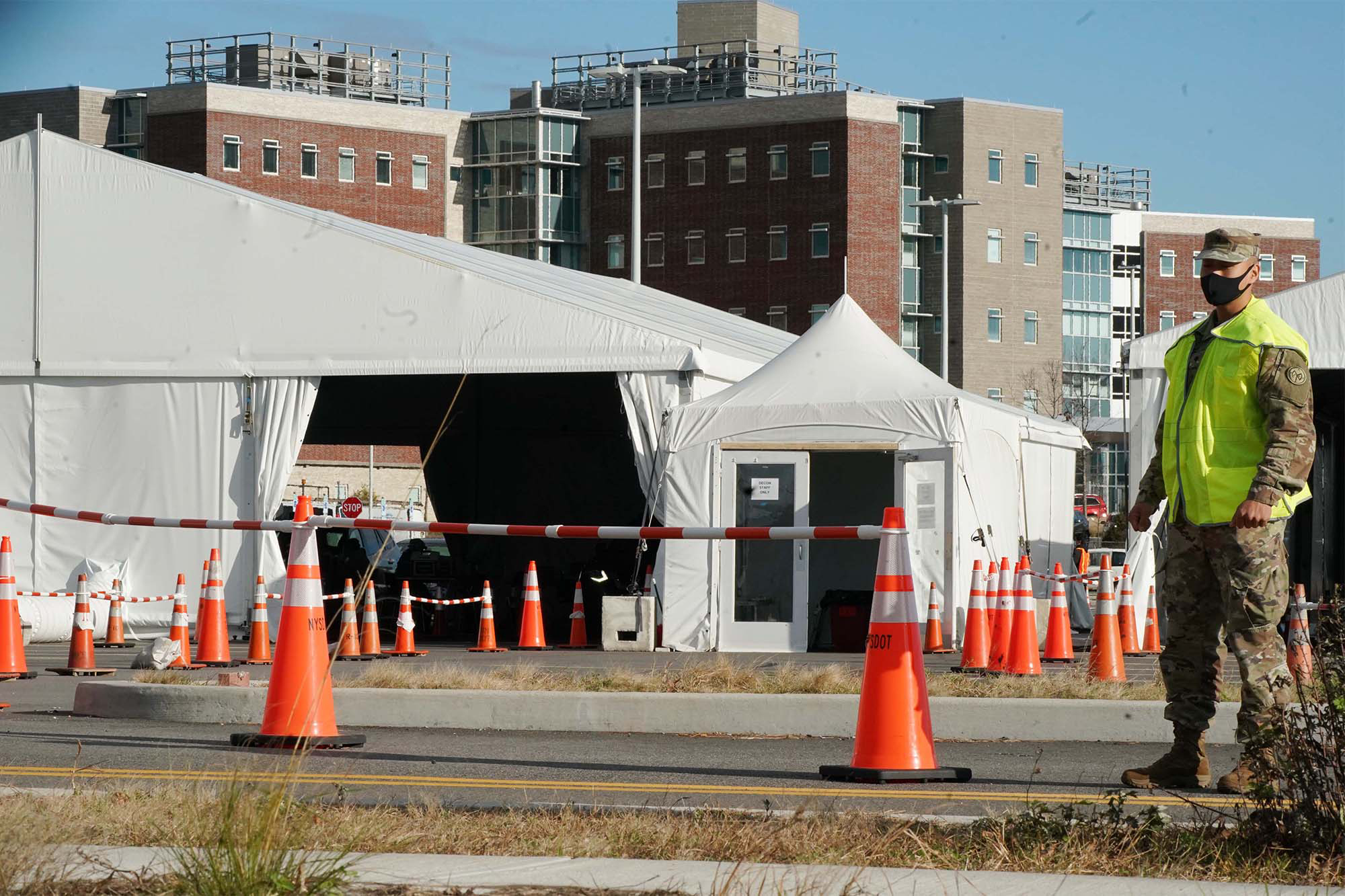 Staten Island opened its emergency field hospital Tuesday and accepted its first patient amid a troubling surge of new COVID-19 cases and hospitalizations in the borough.

Located on the grounds of the state-run South Beach Psychiatric Center, the newly-setup infirmary will have room for 108 patients who no longer need critical care but are still convalescing after treatment at SIUH’s North hospital next door, Preston said.

The number of coronavirus patients admitted to that hospital has tripled in the past few weeks from about 38 to 115, the spokesman said, and similar spikes have been reported across the island’s hospitals, Gov. Andrew Cuomo said Monday.

“Staten Island is a problem. The number of hospitalizations in Staten Island have gone, over the last three weeks, they basically tripled,” Cuomo said during a Monday press briefing.

“Staten Island has such an issue that it has triggered a hospital capacity issue and the hospitals have contacted us and they say they need emergency beds on Staten Island.”

Patients at the field hospital will receive care from doctors, nurses and other staffers from Northwell Health, which runs SIUH, Preston said.

Save for medical personnel and a wild turkey spotted on the grounds Tuesday, the field hospital’s only patient is completely alone.

No further details were immediately available on the person or their condition.